Our other sites
Bip & Go

A26 motorway : real-time traffic, information on roadworks and closures


A26 motorway : real-time traffic, information on roadworks and closures

You have refused the use of cookies which prevents the operation of the traffic map. 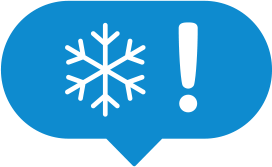 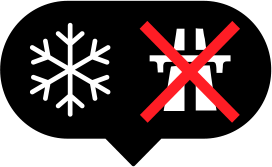 By choosing to drive along the A26 motorway between Troyes and Calais, you know that you can rely on our commitment to ensuring your journey is made in the best conditions of comfort and safety. You must also have quality information for an optimal service, before, during and after your trip.
Our interactive map not only shows all the services available on the A26 (carpooling areas, recharging terminals for electric vehicles, etc.) but also provides information relating to any events that may disrupt your journey: roadworks, accidents, temporary closure of rest areas, etc.
When driving along the A26, don’t forget to tune into Radio Sanef 107.7, our information media that sets the standards, and which is broadcast in both French and English!
Before getting behind the wheel, consult our social networks and Sanef & You app, which sends you traffic alerts in accordance with the settings you have configured: choice of motorway, days and times for notification to be sent.

The A26: Motorway of the English

Sanef’s missions for the A26 motorway

Sanef provides you with the A26 Motorway Toll Calculator so that you can best plan your journey. At the toll gate, the price of your trip along the “Motorway of the English” varies according to:

The motorway is 5 times safer than a main road, but you are not 5 times more resistant to tiredness! Do not overestimate yourself: at the first signs of fatigue and sleepiness (yawning, eye blinking, stiff neck, etc.) flick the indicator switch and take a break at one of our rest areas. On average, you will find one every 10 minutes and you can choose between:

Service stations on the A26

There are about ten or so particularly well-equipped service stations, like Sommesous to the south of our network. It’s the first service station where you can make a port of call when leaving Troyes in the direction of Calais. You will be able to find services such as:

In total, in both traffic directions on the A26, you will find the service stations of Champ Roland, Mont de Nizy, Urvillers, Rumaucourt, Baralle, Angres, Souchez, Saint-Hilaires-Cottes and Rely

From Calais to Troyes, must-see places along the A26 motorway

Like a long backbone that runs from the Hauts de France and the Grand Est, from north to south, from the Pas de Calais to Aube, the A26 motorway crosses 4 other motorways (the A1, A2, A29 and A4).

Calais and the Motorway of the English

On the shores of the Opal Coast, Calais has beautiful, long beaches enjoyed by all who visit. Cap Blanc-Nez will wow you with its vista over the English Channel. The Calais Belfry, listed as a World heritage site by UNESCO, is another place from which you can discover an exceptional panoramic view. The City of Lace and Fashion attracts inquisitive visitors who come to admire the museum’s works of haute couture. Not forgetting the Port of Calais, with its ferries and Eurostar tunnel leading all the way to England… which explains the nickname of the A26 that starts on the doorstep of Calais: the Motorway of the English!

Go back in history following the route of the A26 motorway

In following the route laid out by the A26 motorway, you retrace the history of the Nord-Pas-de-Calais region. Its mining basin is listed as a World Heritage site by UNESCO. A treasure of humanity, it was especially recognized for its cultural landscape shaped by the coal mining activities of man and nature. For that matter, exit 6.1 on the A26 motorway between Béthune and Liévin takes you to the foot of the ski slope laid out on slag heap number 41!

Louvre-Lens Museum for a cultural break

You can take exit 6.2 and drive along a section of the A21 to reach the Louvre-Lens Museum. This “2nd” Louvre is built on the site of former coal pit number 9 in the Lens mining area. Take a look at the magnificent exhibitions in the Grande Gallery, the Glass Pavilion or in the temporary exhibition gallery.

Arras, Art Déco and the A26

Arras awaits you a little further to the south. Take exit 7 and drive along the N17 to reach the historic capital of Pas-du-Calais. The place called “the city of 80 poets” was, for the most part, built after the First World War in an Art Déco style… which today adds to the city’s charm.

From the A26 to the A1 Motorway

Make a detour via Cambrai for a “bêtise”!

Branch off on the A2 motorway in the direction of Valenciennes to visit Cambrai. The town is famous for its “bêtise”, in fact a boiled sweet and not “a silly mistake” as the name in French suggests, although the delicious sweets are said to have been invented by accident! Cambrai also has a rich history as is borne witness by the remains of ancient fortifications, religious buildings, mansions and Art Déco constructions.

Near Saint-Quentin, at kilometre 169, you will cross the A29 that leads you due west towards Amiens and Le Havre. At Saint-Quentin, the sub-prefecture of Aisne, take to the skies by visiting the eponymous Basilica or, alternatively, venture into the depths of the city and stroll around the cellars and dungeons !

The A26 and A4 join in Reims along a shared stretch of about 30 km. The Coronation City is a veritable gem of art and history set in the Champagne-Ardenne region. Its architectural heritage, museums, and gastronomic and wine-making traditions make it a flagship destination along the A26 motorway.

Châlons-en-Champagne, a place of rest for pilgrims walking on the Way of Saint James and for drivers using the A26

At Châlons-Champagne, the two motorways separate. While the A4 goes towards the east, the Motorway of the English heads due south! Châlons-en-Champagne has 2 slip roads on the A26, Saint-Gibrien (n°17) and Mont Choisy (n°18). The city boasts two Way of Saint James structures listed as World Heritage Sites by UNESCO: Notre-Dame-en-Vaux Church and Our Lady of the Thorn Basilica.

The A26 motorway extends as far as Troyes where it joins the A5 heading to Langres and Dijon or Sens and Paris. The end of our motorway concession is marked by slip road 22 at Charmont-sous-Barbuise. This is the one you should take to go and visit the famous factory shops that have made Troyes famous for generations. But the town is also worth visiting for its rich architectural heritage: half-timbered houses, churches and mansions!

On the road or ready to go?